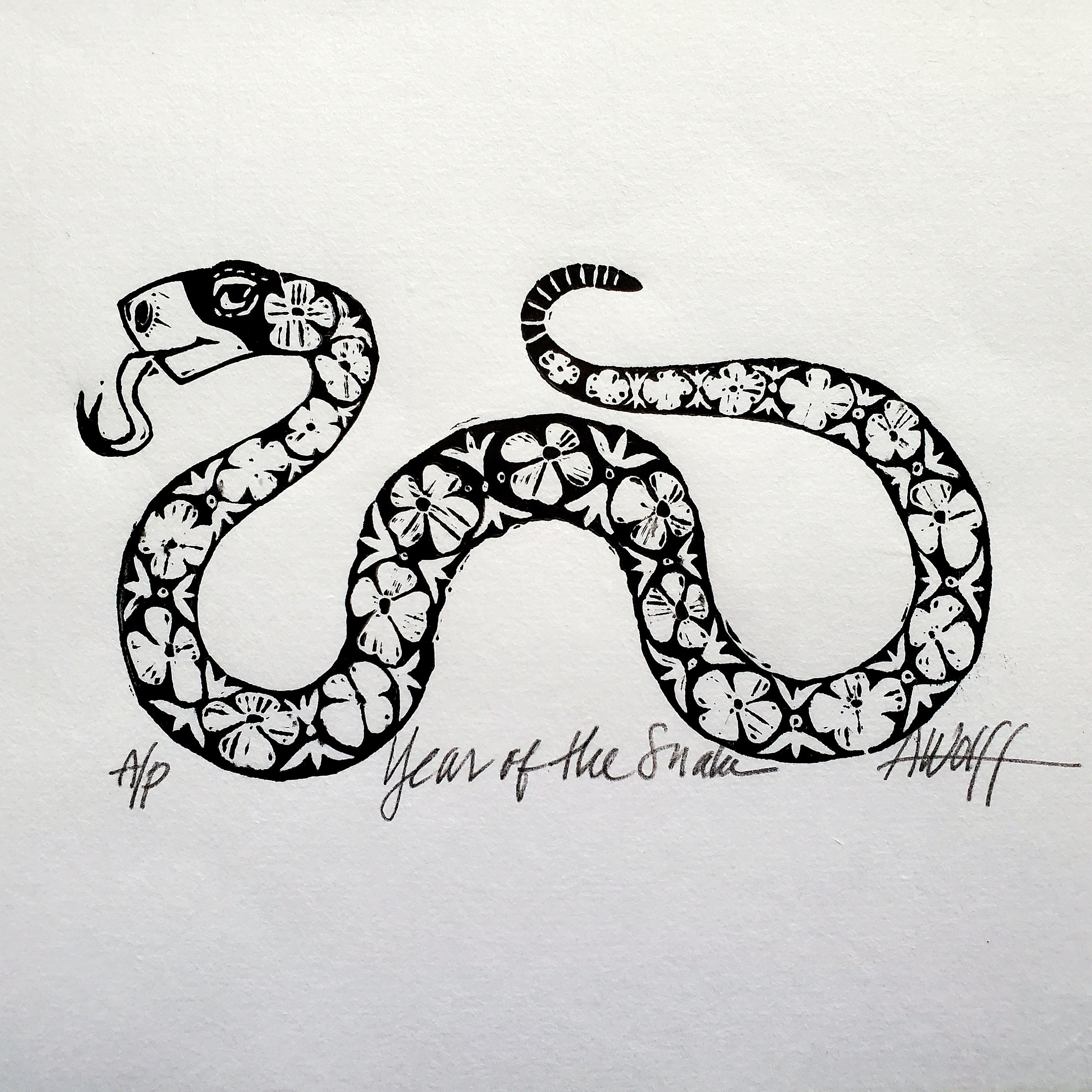 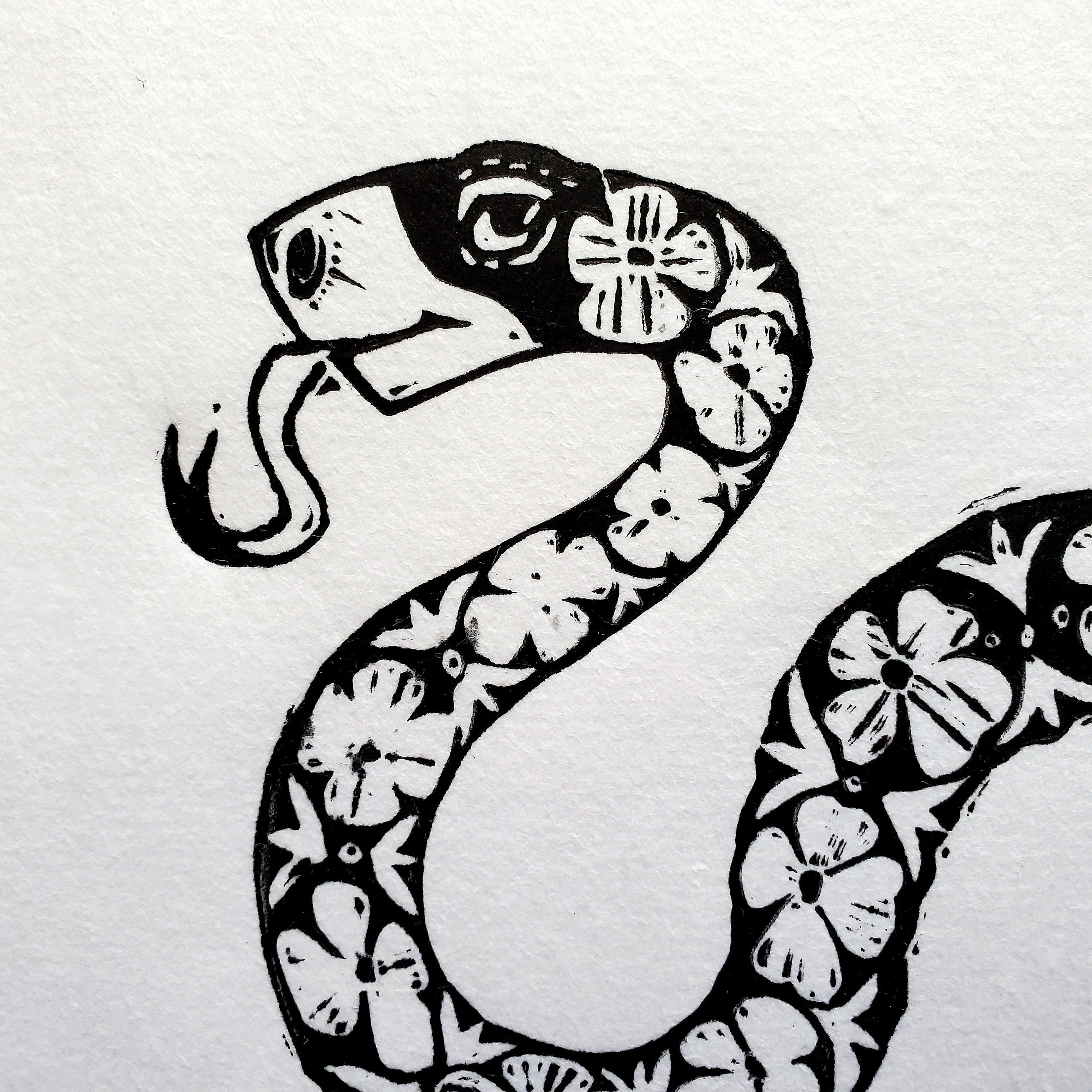 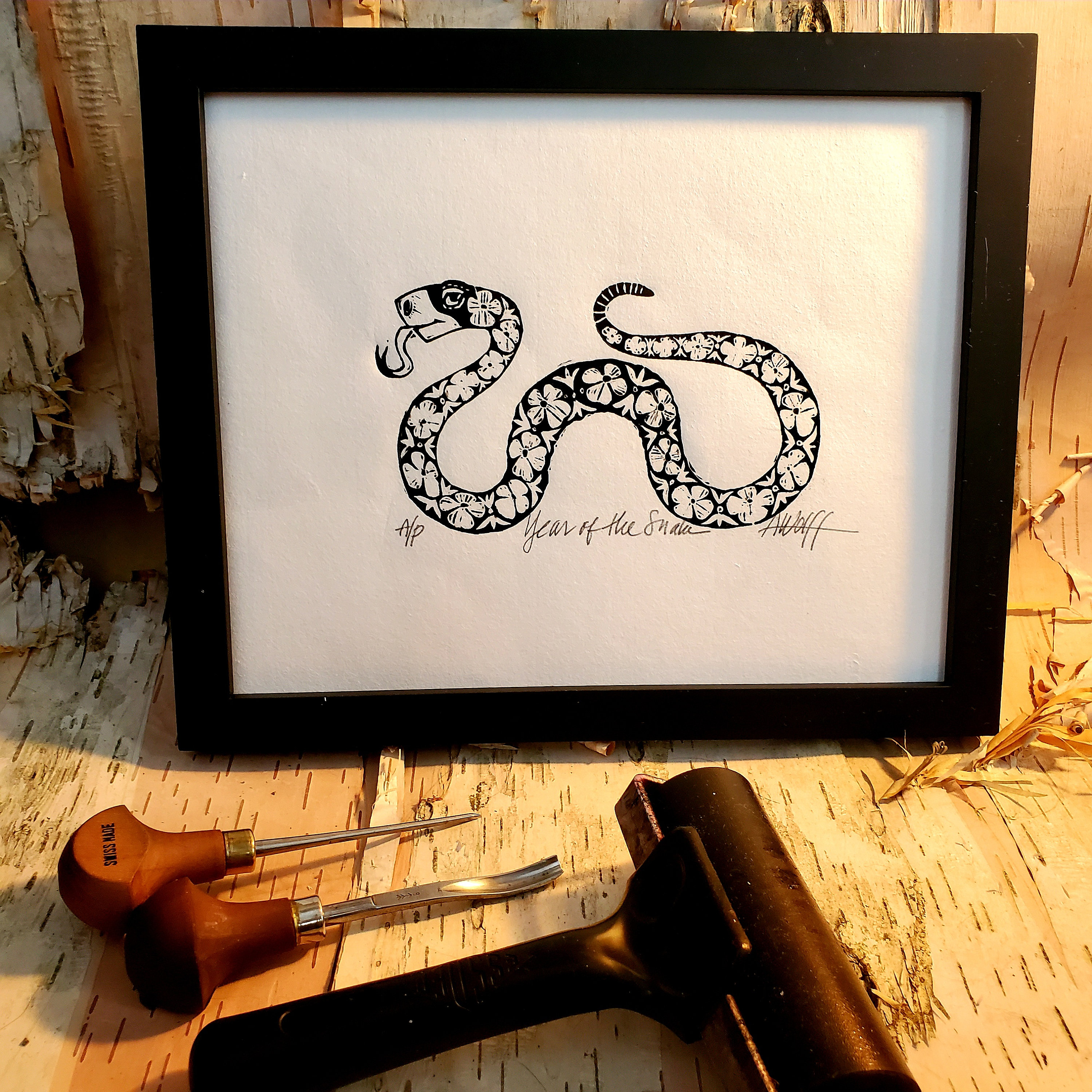 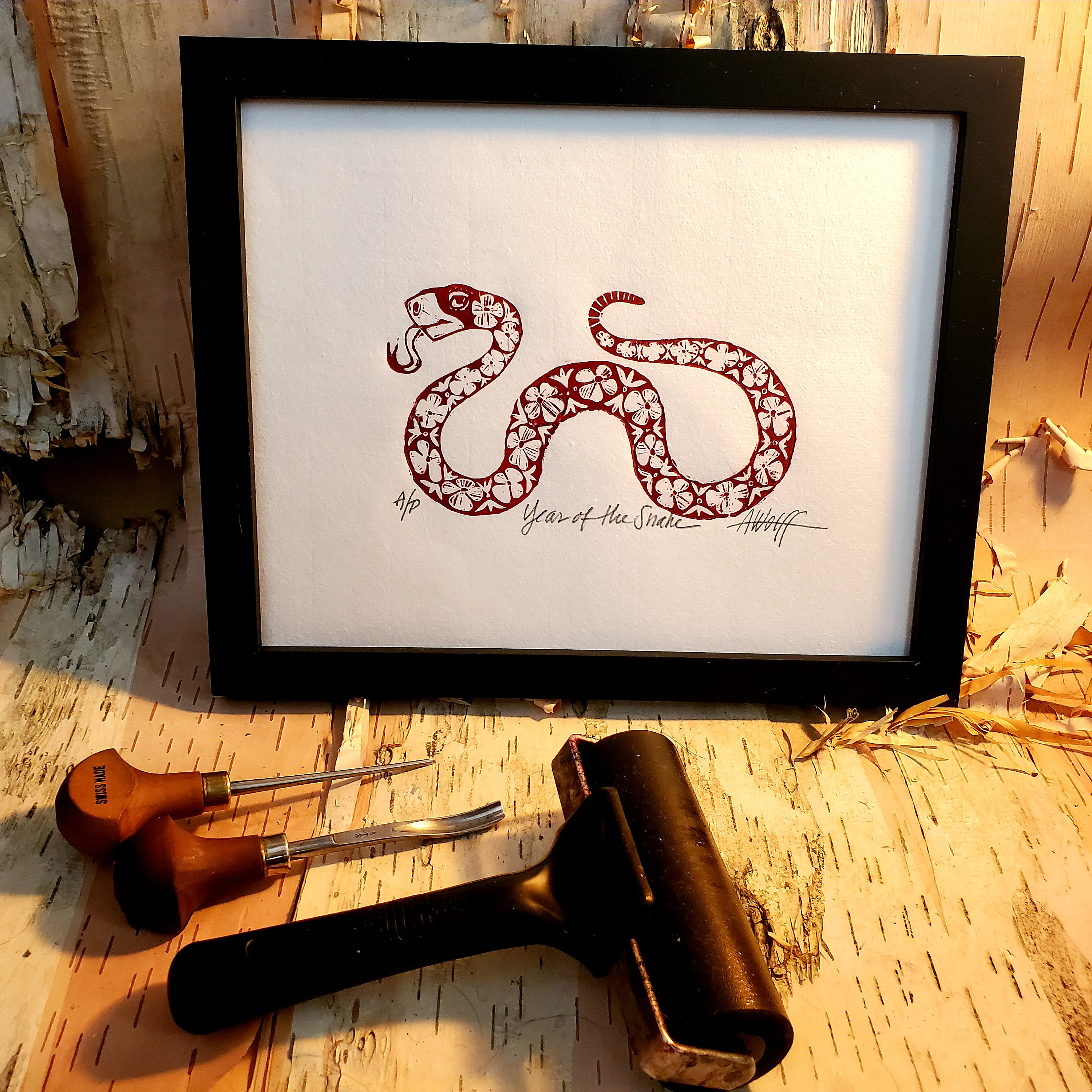 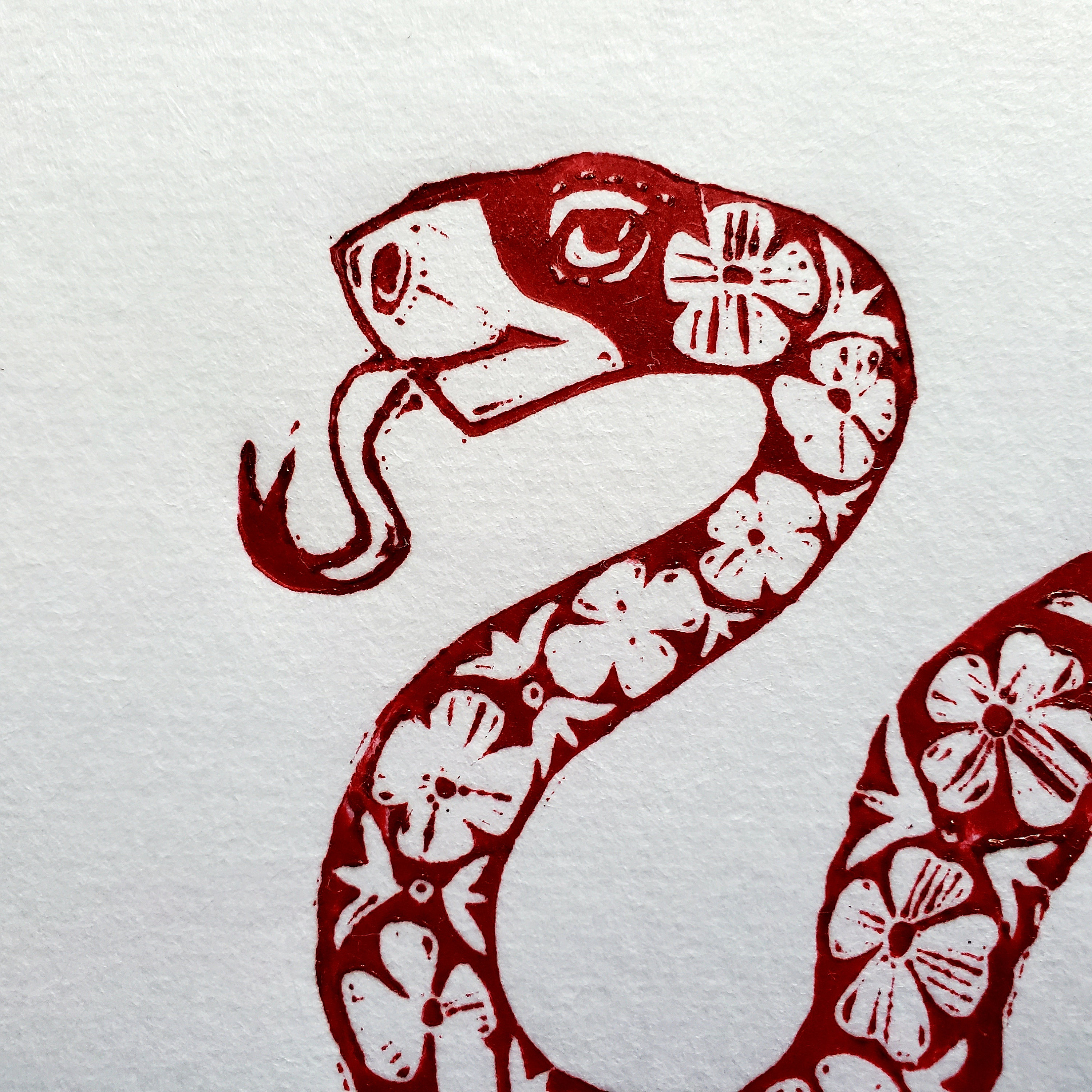 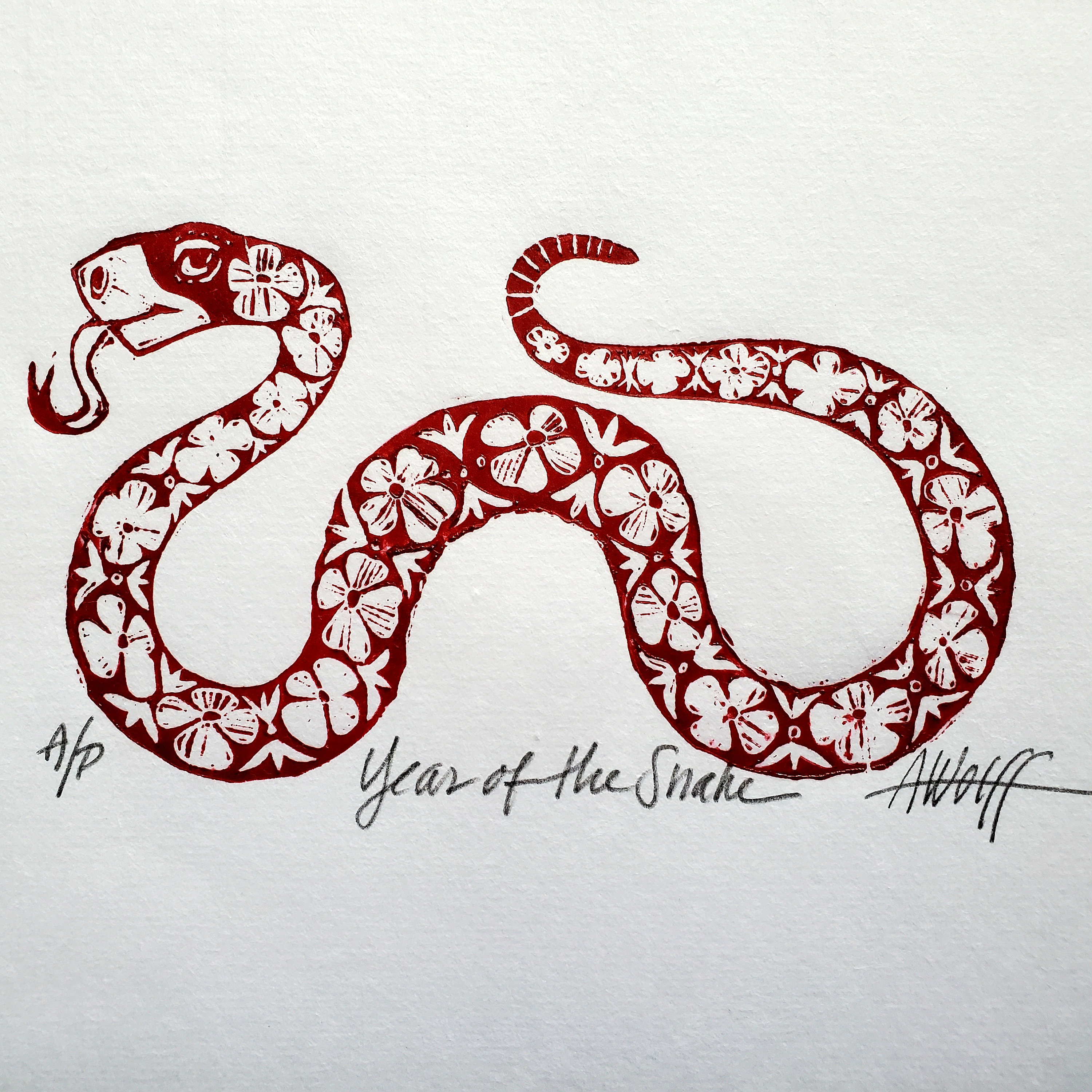 This print is a hand-made, one of a kind piece of art. I carved the linoleum block and make each print in my Vermont studio. The prints are made with Caligo Relief Ink on Hosho paper. Hosho is a traditional, high-quality kozo paper, strong and absorbent. I sign each print in pencil, add the title Year of the Pig and the initials A/P (artist's proof)

The Chinese zodiac, known as Sheng Xiao or Shu Xiang, features 12 animal signs in this order: Rat, Ox, Tiger, Rabbit, Dragon, Snake, Horse, Sheep, Monkey, Rooster, Dog and Pig. Originated from ancient zoolatry and boasting a history of more than 2,000 years, it plays an essential role in Chinese culture. The 12 Chinese zodiac animals in a cycle are not only used to represent years in China, but also believed to influence people’s personalities, career, compatibility, marriage, and fortune.

The dates of Chinese Lunar New Year vary every year, but will fall on a day in January or February. If you were born on a day during March to December, it won’t be difficult to figure out your zodiac animal sign, but for people with birthdays in January or February, there are bigger chances of mistaking their signs.

0 items in your cart